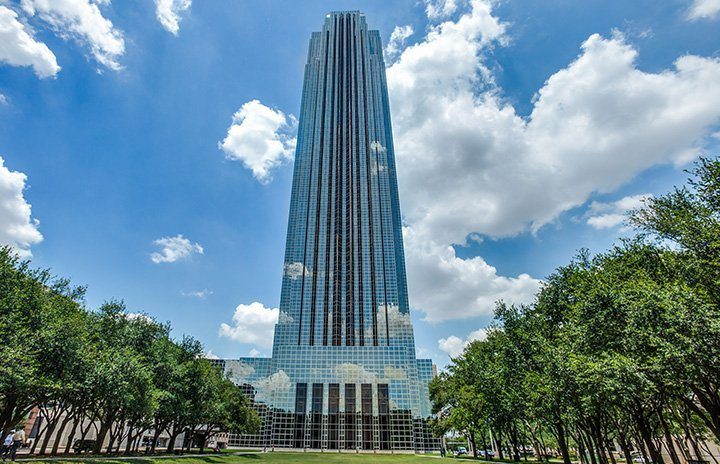 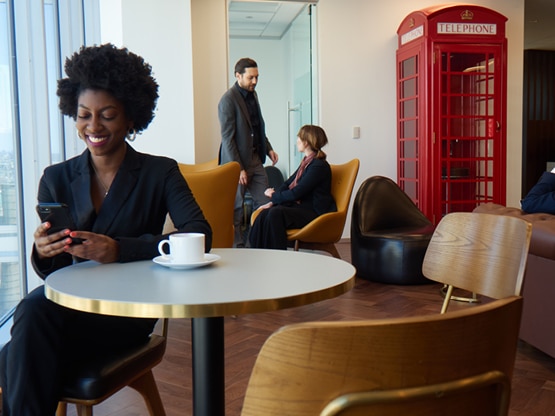 Impress your clients with a prestigious central business address and a dedicated receptionist fielding your calls. You’ll have access to boardrooms, private offices and coworking space - all at a fraction of the cost of a physical office. 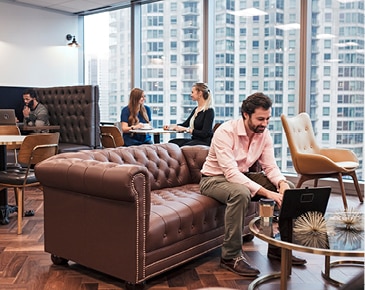 The Williams Tower is a 64-story, 1.4-million-square-foot Class A office tower located in the Uptown District of Houston, Texas.

At 64 stories, and 909 feet above the ground level, the Williams Tower is the tallest building in Houston outside of Downtown Houston. When it was constructed in 1983, it was also the world's tallest skyscraper outside of a city's central business district.

The building was built to function as two separate towers stacked directly on top of one another, one comprising the first forty floors, and the other the forty-first to sixty-fourth. The building has separate banks of elevators and lobbies for each of the two building sections. A majority of the bottom 40 floors are occupied by Williams. The remainder of the building is occupied by a variety of tenants.

Williams Tower was named "Skyscraper of the Century" in the December 1999 issue of Texas Monthly magazine. Paul Gapp of the Chicago Tribune said that the building became an "instant classic" when it opened. Paul Goldberger of The New York Times said that the tower gave Post Oak Boulevard "a center, an anchor, which most outtowns lack".

There are six elevators that take tenants to the 51st floor, where they can transfer to other elevators to get to the 49th through 64th floor of the building. There is no public observation deck.

During the night-time hours, the building is defined by a 7,000-watt beacon that sweeps across the sky and can be seen up to 40 miles away on a clear night. Topped by such a beacon, the tower hearkens back to the Palmolive Building in Chicago, Illinois. The building, along with its beacon, is a Houston landmark that identifies the Uptown Houston district.

Williams Tower is connected to The Galleria Mall, the 7th largest mall in America. The outdoor Water Wall is the most visited and most photographed piece of architecture in Houston.

A community to work with

A team to delegate to

A receptionist to answer your calls

Our Office and Facilities

Ask if they have unique-password, rocket-fast WiFi – For your security.
Ask to be connected to the internet – How long does it take?
Ask if the provider is Tier-1.
Ask to be allowed to check download speeds.
Ask to speak to IT support: Are they in-house or a third party? Are they even in the country?
Ask to be given a phone number so you can try the service before you buy.
Ask for a phone rate card.
Ask to meet your dedicated receptionist. The receptionist is the front line of your business.
Ask about disaster transfer.
Ask if your phone extension can roam at no cost to other locations.
Ask if the wireless internet is secure.
Ask what kind of firewall can be set up for your network.
Ask to see the transparency code of the provider.
Ask if incoming callers can dial ‘1’ for voicemail to mobile.